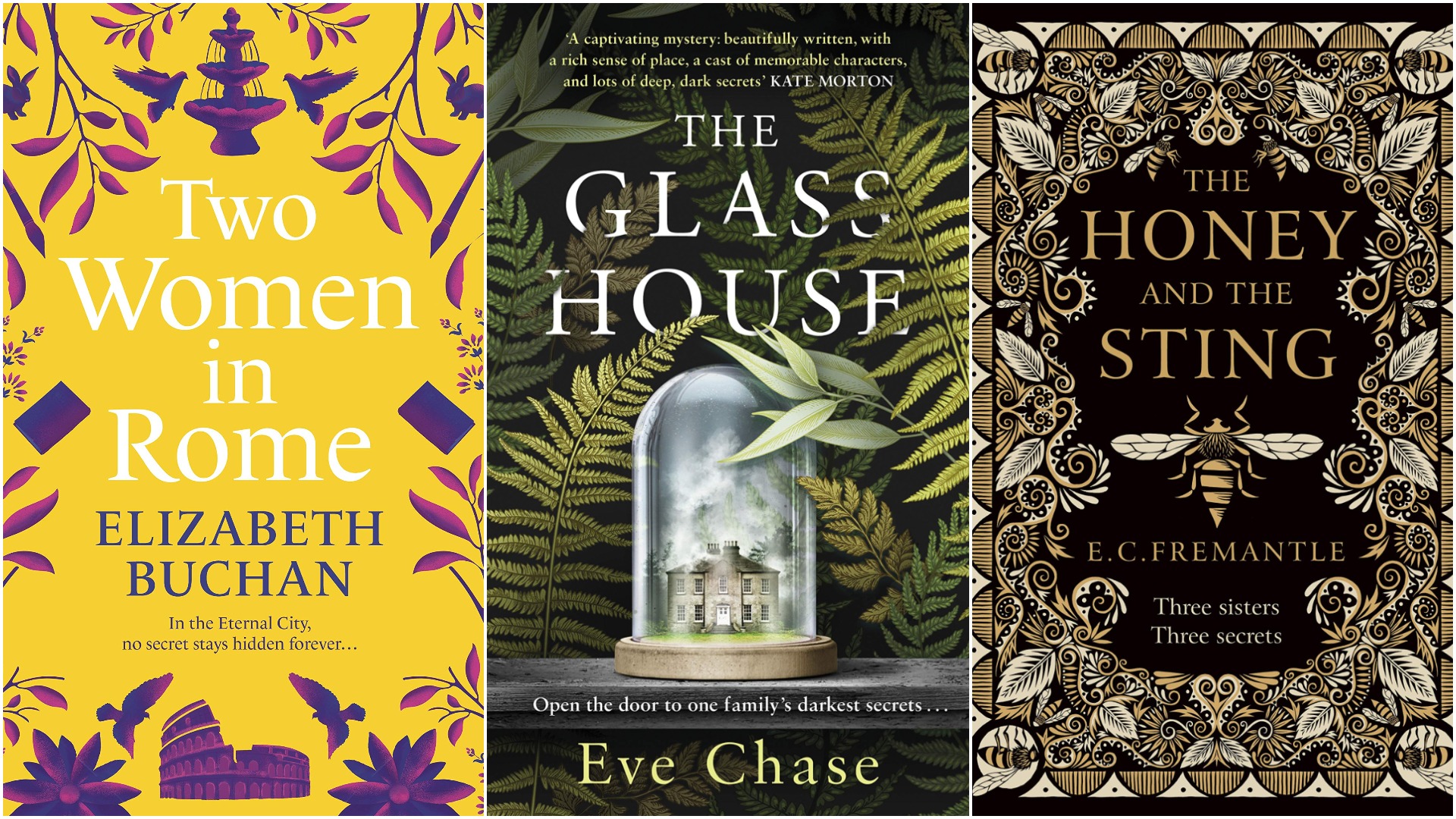 Three acclaimed novelists delve beneath fiction’s facade to reveal what lies beneath. A thought-provoking and enticing glimpse into the hidden mechanisms of the novel from three masters of the craft. E.C. Fremantle, Eve Chase and Elizabeth Buchan, in conversation with the editor of the Saturday Guardian, Clare Margetson.

E C Fremantle is the critically acclaimed author of The Poison Bed, ‘an electrifying, brilliantly executed thriller’ – a Times Book of the Year. As Elizabeth Fremantle she has published four Tudor and Elizabethan set novels: Queen’s Gambit, Sisters of Treason, Watch the Lady and The Girl in the Glass Tower. She has contributed to various publications including The Sunday Times, Vogue, Vanity Fair, The Financial Times and the Wall Street Journal. She was chair of judges for the HWA Gold Crown award for the best historical novel of 2018 and judged the Debut Crown in 2019. She teaches creative writing, mentors young writers and judged a Penguin children’s short historical story competition at Chalke Valley History Festival in 2015.  Her latest novel, The Honey and the Sting, is published in paperback in August 2021 by Penguin. She lives in Willesden and is currently working on a novel about Baroque artist Artemisia Gentileschi.

Elizabeth Buchan began her career as a blurb writer at Penguin Books after graduating from the University of Kent with a double degree in English and History. She moved on to become a fiction editor at Random House before leaving to write full-time. Her novels include the award-winning Consider the Lily and the international bestseller, Revenge of the Middle-Aged Woman, which was made into a CBS Primetime Drama. Other novels include I Can’t Begin to Tell You, a story of SOE agents and resistance in wartime Denmark, The New Mrs Clifton and The Museum of Broken Promises. Her latest, Two Women in Rome, was published in June 2021.

Elizabeth Buchan’s short stories are broadcast on BBC Radio 4 and published in magazines. She has reviewed for The Times, the Sunday Times and the Daily Mail, and has chaired the Betty Trask and Desmond Elliot literary prizes. She has been a judge for the Whitbread First Novel Award and for the 2014 Costa Novel Award. She is a patron of the Guildford Book Festival and co-founder of the Clapham Book Festival.

Clare Margetson is the Editor of the Guardian‘s Saturday edition. She has been at the paper for 30 years and has worked her way up from being a translator on Guardian Europe and a subeditor on the arts pages to deputy news editor, women’s editor, weekend magazine editor, arts editor in chief, G2 editor, website editor and now she oversees the Saturday paper. She lives in Queen’s Park.