Brains, Trains and Automobiles: the making of Queen’s Park 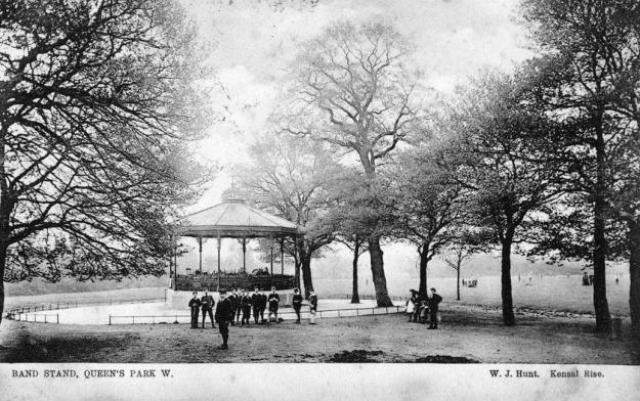 Come and find out everything you wanted to know about Queen’s Park, but were too afraid to ask! Local historians Steve Crabb and Irina Porter will uncover the mysteries that surround Queen’s Park’s formation, its street names and much, much, more. They will be in conversation with actor and writer Michael Simkins and there will be a long Q&A at the end for you to ask those questions!

Steve Crabb is a long-term Queen’s Park resident with a passion for local history that has led him to research topics from the Royal Agricultural Show of 1879 to Queen’s Park in the First and Second World Wars. He is an award-winning writer, editor and campaigner.

London Blue Badge Guide Irina Porter is passionate about local history. She is Chair and Journal Editor of the Willesden Local History Society (WLHS), and over the past 20 years she has been researching the fascinating world of Brent’s streets.  For nearly 50 years WLHS has been bringing together local history enthusiasts, believing that a community’s future health is enhanced by a good knowledge of its past. The Society holds regular meetings with presentations from local historians, runs local history walks and publishes a six monthly Journal.

Michael Simkins is an actor and writer. He has starred in many productions at the National Theatre in the West End, including Chicago, Mamma Mia, Yes Prime Minister, Donkey’s Years, Mary Stuart, Democracy, and Hay Fever. He describes the three most memorable people he’s ever worked with as Meryl Streep, Bjorn and Bennie, and Ken Dodd.

He is in addition a regular newspaper columnist for The Times and The Daily Telegraph, and is the author of several best-selling books, including the theatrical memoir What’s My Motivation, and the Costa-nominated Fatty Batter.

As Sir Ian McKellen said of him: ‘It’s thrilling Michael is having such success as a writer… anything to keep him off the stage…’