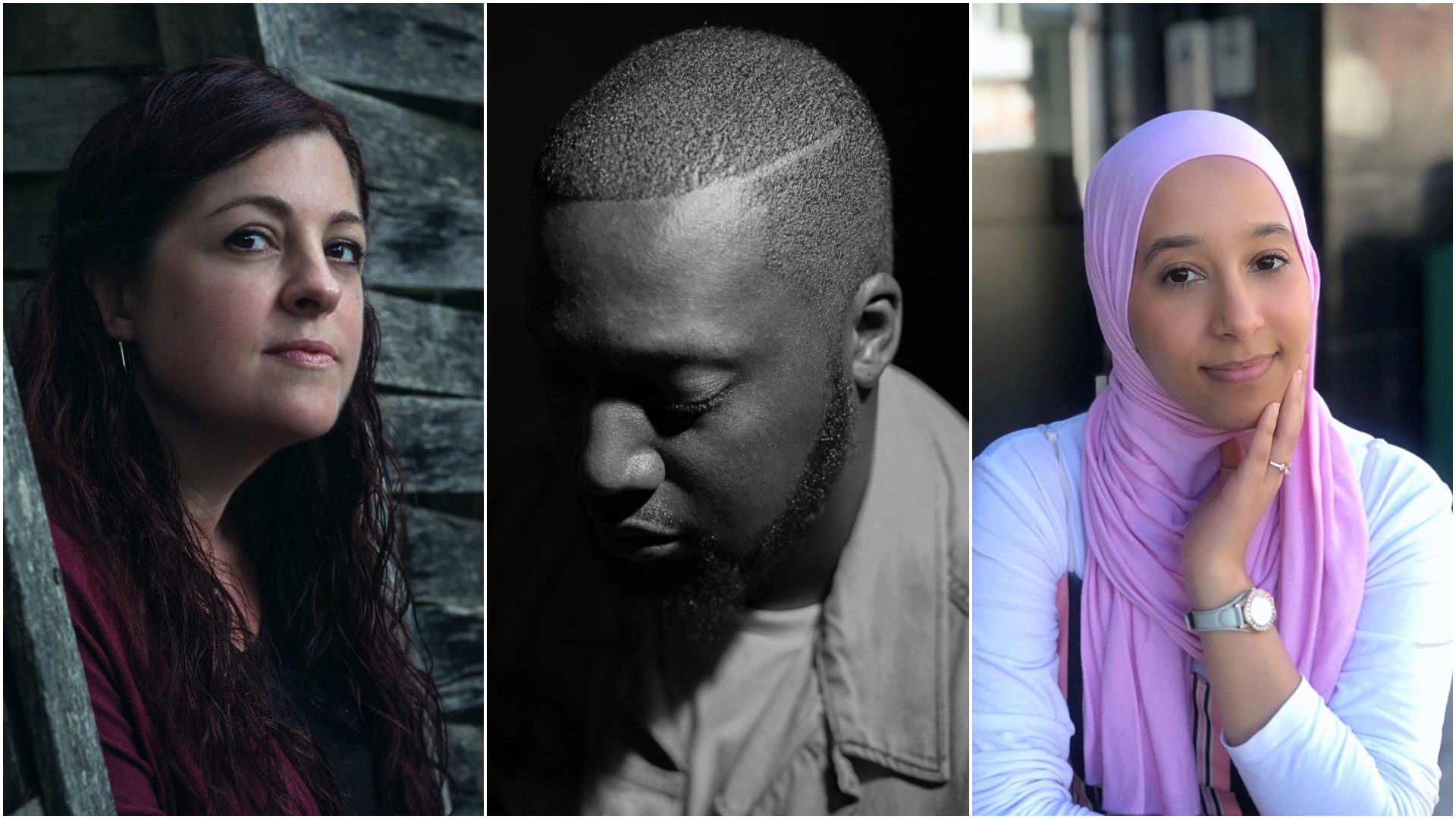 Local Performance Poets ask the why, the who and the how are we now

Local performance poets ask the big and small questions – and maybe provide some answers to… the Big What!

Described by many as the man with a liquid lexicon and chocolate voice, author and spoken word artist AMD SPEAKS (Aaron Daniel) delivers a form of writing that is layered, with ripened fruit beneath the pith, married with incredible soundscapes. After releasing his first collection of poems ‘And Then’, with a short story intertwined, pulling the poems together as a sum of parts to form a whole, and debut EP “Black Holes” and most recently “Black Holes II” showcasing his musicality, he is currently working on the release of his highly anticipated second book.

With work filled with introspection and subject matters ranging from love and the essence of being, to politics and current affairs, AMD SPEAKS weaves words together to create a beautiful, powerful and melodic tapestry displaying his unique perspective of the universe.

Lashay is a poet, spoken word artist, writer and playwright from North West London. She has recently completed a degree in English Literature and Creative Writing at the University of Winchester. Her recent creative involvements include collaborating as an emerging artist with Apple and Snakes and Kiln Theatre Young Writers for Brent.

Hannah Gordon is a poet, teacher and facilitator. She was a host of Spoken Word London and co-led their 2019 Anti-Hate festival. She is the founder and chief facilitator of Word Up’s Words Down writing group and a member of Malika’s Poetry Kitchen. She was selected for the inaugural Mid-Career Poets program at the Roundhouse. Her poetry has been published in various anthologies, including the upcoming Malika’s Poetry Kitchen Anthology Too Young, Too Loud, Too Different out with Corsair in August 2021.

Sharmay Mitchell, sometimes known as “that girl who writes a poem a day” is a born and raised west-Londoner. By day she works in behavioural research and her free time is monopolized by poetry-writing, making stop-motion videos and jewellery-making. She is a self-confessed introvert but forces herself out of her shell for the sake of poetry performance and a few other important things.

Her writing has previously been published by SUITCASE Media International in the words by__ anthology, she performed a special poem for the 2020 Notting Hill Carnival online event and in 2018 one of her poems placed third in the London Loop Writing Competition. Her jewellery has been featured in productions by actor, writer and producer Issa Rae and most impressively, she has won critical acclaim amongst scores of under-5s for her puppet show performances, face painting and juggling skills. She loves symmetry and intricate patterns, playing random made-up ditties on her mbira, the smell of lavender and eating soursop. She is currently working on self-publishing her first poetry collection, wanting to and successfully procrastinating on writing a children’s book and working on an initiative to uplift Londoners through positive messages scattered around the city.

Basmah Mohamed believes poetry’s power is unmatched as it can help heal personal issues whilst bringing people together through common ground. She has recently worked with Impact Dance and tp bennett as they commissioned 10 cities to create a short film that ties dance with architecture for the London Festival of Architecture. Basmah wrote the spoken word poem for London’s film and helped co-direct it. The film was screened at The Scoop. She has been published by Young Writers CW. Basmah also self publishes her poetry on her Instagram @basthepoet and continues to publish her poetry and articles through Exposure Organisation Ltd.

Poetcurious is a hip-hop poet and artist from North West London. Working across a range of disciplines including poetry, photography and painting, Poetcurious explores life and language through a hip-hop lens.

As co-host of community open mic night Rise Up and monthly Soho Radio show Reaching Out, Poetcurious creatively collaborates to build and sustain platforms for new and established artists to develop and share their craft.

Co-convener of the HipHopEd UK seminar series, Poetcurious facilitates events for educators, academics and artists to explore the possibilities for hip-hop pedagogy in the UK, through participation in the global HipHopEd movement.