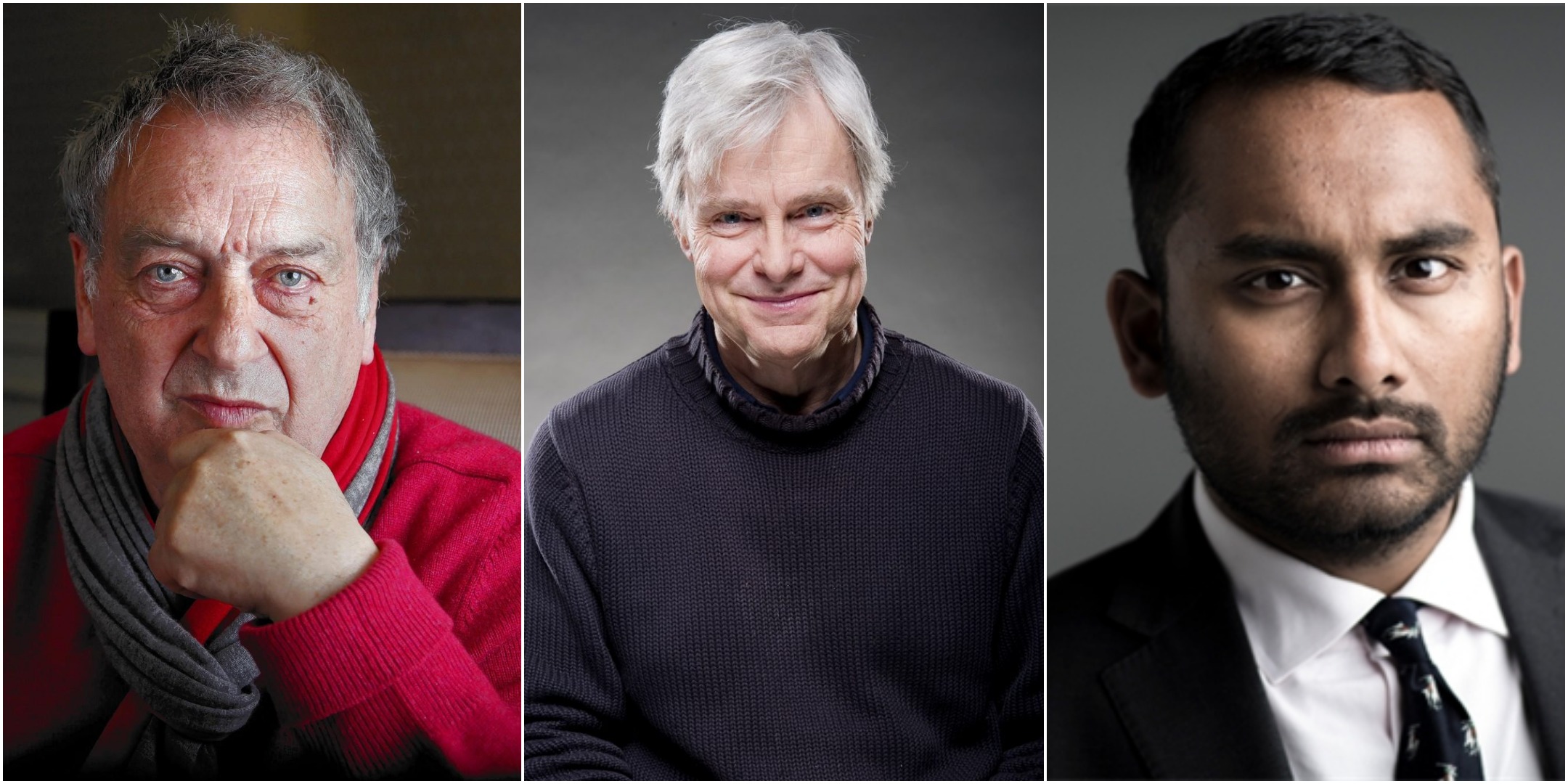 Acclaimed director Stephen Frears and author John Preston talk about one of the biggest scandals of the century, the trial of liberal leader Jeremy Thorpe.

Amol Rajan is the BBC’s Media Editor, the first person to hold this newly created post. He is also an occasional presenter of BBC Radio 4’s Start the Week and Any Answers and the One Show. He hosts the Media Show on BBC Radio 4. He has also appeared on shows Newsnight, Question Time, The Papers, This Week and Breakfast, Celebrity Mastermind and the Antiques Roadshow. Before joining the BBC Amol was Editor of the Independent newspaper, having worked there since 2007.Amol is a well-known restaurant critic and has been a guest on the judging panel of MasterChef. Amol’s first book, a history of cricket’s greatest spin-bowlers entitled Twirlymen, was published by Yellow Jersey Press (Random House). Amol was born in Calcutta, India, and was three years old when his family moved to England. He studied English at Downing College, Cambridge after spending his gap year at the Foreign & Commonwealth Office.

Stephen Frears is an English director and producer of film and television often depicting real life stories as well as projects that explore social class through sharply drawn characters. Frears worked as an assistant director in theatre and film while directing numerous television plays. In 1971 he directed his first feature film, Gumshoe. After more television work, he won acclaim for the gay romance My Beautiful Laundrette, which starred a young Daniel Day-Lewis. He continued to garner praise with Prick Up Your Ears, a biographical movie about British playwright Joe Orton, and the American films Dangerous Liaisons and The Grifters, for which he received an Academy Award nomination. His later directorial efforts included Tamara Drewe, a comedy loosely inspired by Thomas Hardy’s novel Far from the Madding Crowd, and Lay the Favorite, a comedy-drama set in Las Vegas. Frears lives in London with his wife Anne Rothenstein, a painter, and their two children.

John Preston is a former Arts Editor of the Evening Standard and the Sunday Telegraph. For ten years he was the Sunday Telegraph’s television critic and one of its chief feature writers. His novel, The Dig, based on the 1939 archaeological excavation at Sutton Hoo in Suffolk, has been filmed starring Ralph Fiennes, Carey Mulligan and Lily James. His first nonfiction book, A Very English Scandal, was published to great acclaim in 2016 and turned into BAFTA-winning BBC drama series. His latest book, Fall, tells the story of the rise and fall of the politician and business magnate Robert Maxwell.